Whether you like football or not, your office is probably full of people talking about the Super Bowl today. And since the game was almost a shutout for the Broncos, it’s still fun to watch the expensive ads that came out of it. So join us for a recap of the top Super Bowl ads and what they can teach us about adopting e-signatures. 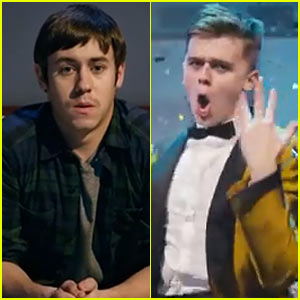 1. Make Sure it Makes Sense

It started out as one of my favorite ads of the night. It played off the frustration so many fans feel when their team doesn’t make it to the Super Bowl. The ad said it’s not easy watching a team that’s not your team play in the biggest game of the year. It’s like watching the girl you love go to prom with some other guy, a guy named Sean.

“There are stats on Sean. And breakdowns of Sean’s moves. And highlights of Sean. And Sean in really slow motion.”

Can you guess what the ad is for? Maybe it’s promoting next year’s season? Or a beer? Nope, it was for Turbo Tax. And it didn’t make any sense. It seems that the ad guys thought of a good idea (because it really was a very good idea) and tried to make it work even though it wasn’t a good fit for this particular business.

For instance, if most of your signers are elderly, e-signatures might not be the best investment for you. Of course, e-signature technology is easy enough for anyone to use, but you might find resistance or distrust of technology in that demographic. Likewise, if most of your documents get signed by people with low incomes that do not have regular access to computers, you might want to keep using your manual processes. Before you decide to adopt e-signatures, make sure it makes sense.

2. Include Everyone in the Process

There are few brands more global and inclusive than Coca-Cola. Love them or hate them, their advertising has always been about a certain ideal—the thought that people are many and one, all at the same time. In keeping with this theme, Coca-Cola’s Super Bowl ad featured Americans of many kinds, colors, lifestyles and origins, all singing “America the Beautiful” in their native language. Sure, it was a little sappy, but it was also… well, beautiful. And the message came through loud and clear: We may be different, but we’re in this together.

The same idea of inclusion is important when you’re thinking about adopting e-signatures. Even though you might be thinking of one use for e-signature technology in your business (maybe HR or sales), it’s important to include people from different departments in your decision-making process. After all, if e-signature technology works great for your sales team, you might want to expand the project to other parts of your business. It’s important to let everyone know your plans and how their department could be impacted.

3. Look Out for Surprises

One of my favorite commercials of the night came with a big surprise ending. It started John Stamos and a hot date flirting over a cup of yogurt. When some of it gets on his mouth, she kisses him to clean it off. Then he drops some on his lap. And we all cringed thinking, “Did they really need to go there?” But then (to our delight) in pop Bob Saget and Dave Coulier swooping in like a couple of overbearing moms to clean up his mess. The ad was unexpected and wonderful.

But not all surprises are good. When you’re adopting e-signatures, you could be in for some unpleasant ones. Some e-signature vendors look great at first glance, but when you take a closer look you might find high prices, poor customer service or, worst of all, that you can’t switch to another vendor if you want to. You can guard against these bad surprises by being an educated consumer (download this fact sheet to learn more).

This commercial starts out looking like a trailer for a spy movie. A bad guy opens up the trunk of a black car and in a foreign language says, “Do you know what I’m going to do with you? I’m going to chop you into little pieces…. And then, I’m going to sprinkle you in a big bowl of ice cream.”

The camera reveals a peanut M&M in the trunk, and he says, “I have no idea what you’re saying, but count me in!”

What we have here (and what makes the commercial funny) is a big lack of communication. When you’re adopting e-signatures, communication is key. You must tell your employees that you’re adopting the technology and teach them how to use it. And you also have to communicate with your signers, whether they’re clients, partners or vendors, to let them know what’s going on. If you communicate clearly with everyone who could be involved with the project, you’re less likely to have a moment like the M&M has when he realizes what he’s signed up for and says, “Wait… what?”

5. Be Sure to Factor in Emotions

Last but not least, we bring you the ad that won many competitions for viewer’s choice—Budweiser’s “puppy love” ad. The ad featured a spunky pup who gets adopted but keeps running away to come home to the Clydesdale horse that he loves. Not only does it feature an adorable puppy (a surefire way to get votes), but it uses the power of emotions.

At first, paperwork may seem like one of the least emotional parts of your business. But the act of signing a document can be a very emotionally charged moment. It can be a couple buying their first house or a retiring business owner selling his life’s work. Because of the emotions tied up in the signature process, many people are hesitant to let go of the physical act of signing a document with a pen on paper. 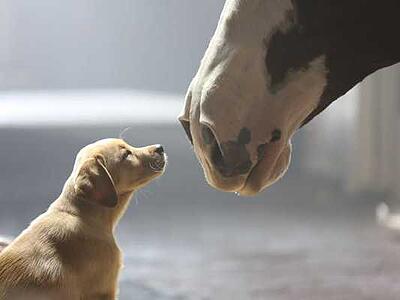 Some people feel like their signature holds more weight if they do it the old fashioned way. Some people even think that e-signatures aren’t as legally valid as handwritten ones. That’s why it’s important to be sensitive to these feelings when they come up in conversations. It’s also important to assure everyone involved that an e-signature is just as legally valid as a signature on a piece of paper. In fact, many e-signatures give more legal evidence than is possible with a handwritten signature.

Of course, you might still have some clients or partners that want to hold on to the tradition of signing documents on paper, and that’s ok. It’s more important to make sure your signers feel comfortable with the process than to make sure every single document goes paperless. Be sure to let everyone involved know that they still have the option to sign documents with a pen and paper if that’s their preference.

With these lessons in mind, you can be sure your project goes smoothly when you decide to adopt e-signatures.

Electronic signatures are gaining steam at businesses looking to save money and close business faster. This technology h...