Since the beginning of the year, three major health insurers have suffered three major data breaches. Up to 92 million patient records were affected. With the growing threat of medical identity theft, it is essential to know your best lines of defense.

In Health IT Outcomes, our senior vice president of product management, John Harris, explained the role of 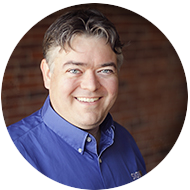 e-signatures in data security and why our Independent E-Signatures™ offer a superior level of protection against hackers.

With the growing digitization of healthcare administration processes, e-signatures are a natural fit for many document transactions, such as care coordination, referral management, Medicare and controlled substance prescriptions. But such documents often contain sensitive information hackers are desperate to retrieve.

“Because it is critical to identify individuals with the highest levels of certainty, the contents of many e-signed documents may contain an accurate address, date of birth, Social Security number, phone numbers, email addresses, information about family members, financial information and much more. Indeed, for e-signatures in healthcare,” John said in the article. “The stakes are incredibly high.”

John explained that Independent E-Signatures™ are the best way to lower your risk of an attack when using e-signatures.

While dependent e-signatures often store cryptographic evidence on an external server or file, Independent E-Signatures™ permanently embed the evidence in the signed document itself, with no need for any outside links that could be compromised.

“This technology meets heightened encryption and security standards set by international organizations, and it allows providers to host documents on their servers only – the e-signature vendor’s copies of signed documents can be digitally shredded, i.e., completely destroyed without a trace of metadata, because there’s no need to keep a link to this information. This means one less point-of-access for a cyber criminal to breach and heightened control by healthcare providers and IT managers, who have sole control over the storage and usage of the electronic documents,” John said in the article.