Credit Union Study: Americans ready to break up with their banks 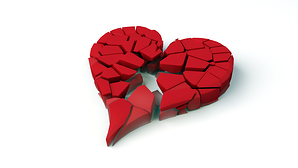 One credit union says that Valentine’s Day might be a good time to break up with your bank.

McGraw-Hill Federal Credit Union released a survey that shows more than 70 percent of Americans would break up with their bank if they were offered a better option.

The poll, which surveyed more than 1,000 people who weren’t credit union members, had the following results:

A scam email that claims to be from the Federal Deposit Insurance Corporation (FDIC) is being sent out, and the messages...