Identity Authentication: A Tool to Stay Out of the Headlines 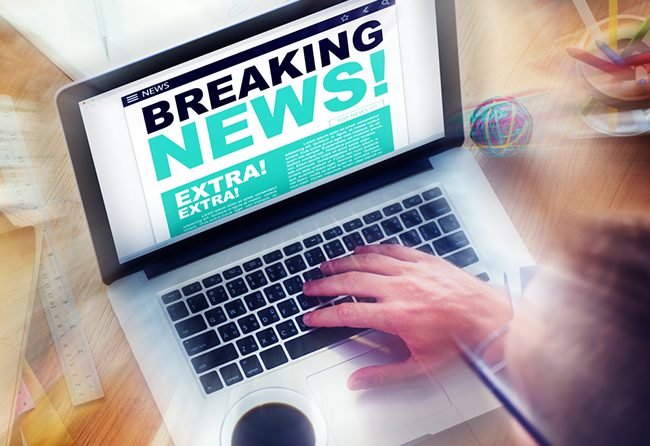 In the wake of establishing a start-up business or revitalizing a long-established company, the rush to “just get it done” can be detrimental. For example, adopting the wrong technology can negatively affect the security and legal standing of your company’s contracts, potentially for decades – especially when it comes to identity authentication.

But don’t just take it from us. In a couple of recent news headlines, we’ve seen the consequences of weak identity authentication:

Slack, a platform based on streamlining team communication, recently suffered a breach in its user database that exposed personal information. Slack quickly designed a two-factor authentication security feature in response, “which will ensure the password alone isn’t enough to compromise an account,” according to The Verge.

Prior to the breach, Slack had planned to begin using a two-factor authentication protocol – which requires using a second one-time password delivered by text messaging. Unfortunately, it wasn’t implemented in time to stop the attack. Holding the release of their product until they had proper authentication methods in place might have prevented this headache, but Slack’s quick fix in initiating a stricter authentication method was the right response nonetheless.

In similar news, the computer breach at JPMorgan Chase, which was “the largest intrusion of an American bank to date,” was likely a result of weak identity authentication, according to a recent The New York Times article. The article stated that JPMorgan’s security team neglected to upgrade one of its network servers with a dual password scheme, leaving it vulnerable to attack.

In response, JPMorgan now facilitates a business control group of several tech and cyber security executives, who serve as watchdogs to prevent hackers. It’s unclear whether or not a stronger authentication has been set in place since the breach, but integrating uniform security controls across large networks can take an immense amount of time.

Don’t become one of these headlines.

When storing any personal information online, make sure you have strong identity authentication methods in place that can stand strong against ill-willed hackers.

When working with outside vendors, this is just as important. You must also know their security features like the back of your hand and ensure they have the solutions you need to protect your business. For instance, with SIGNiX, we offer five authentication methods, to accommodate a range in risk levels. You can personalize exactly what level of authentication your transaction needs.

Want to explore if SIGNiX could be the right solution for you? Download this fact sheet that explains how we go above and beyond our competitors.

The National Credit Union Administration (NCUA) will offer up to $9.5 million in low-interest loans for low-income credi...

The Secret to Landing a Credit Union Job

The Secret to Landing a Credit Union Job

What may be the most important thing missing from a resume? The education is there. The work history is there. Accomplis...

I recently went around the Texas and Oklahoma area performing Small Credit Union Workshops. During the first session, I ...