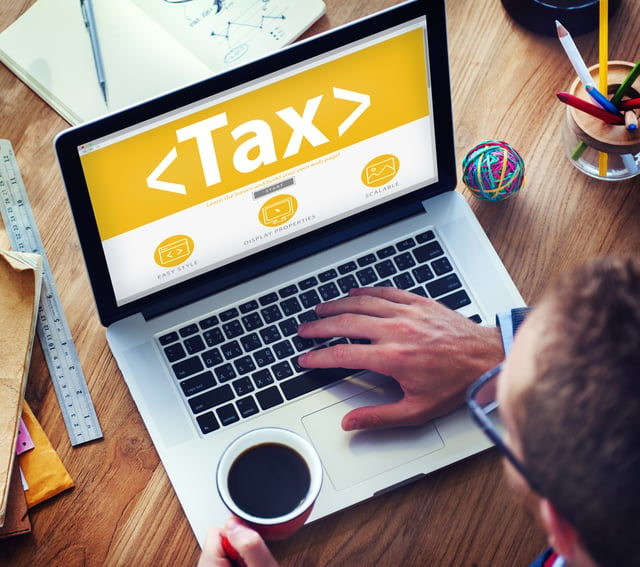 E-filing has taken tax preparation a long way since the 20th century—the days when paper returns had to be converted into machine-readable forms. E-signatures are simplifying electronic taxes even further, and it’s something tax preparers should consider before January arrives.

Since the IRS’s adoption of e-signatures for many of its forms, including IRS Forms 4506-T, 4506T-EZ, 8878 and 8879, e-signatures have become a valuable tool to reduce paper-related expenses and improve customer convenience. But there’s another reason why tax preparers should think about e-signatures for taxes—Independent E-Signatures™, to be exact.

Independent E-Signatures™ provide a fully electronic way to securely send a tax return to a customer—bringing the final leg of the process to completion and mitigating two major problem areas: security and paper documentation.

The seriousness of security

Identity theft and fraud are serious problems, and the IRS is not immune. According to a 2015 report of the General Accountability Office (GAO), the IRS paid out $5.8 billion in bogus refunds to identity thieves for the tax year 2013. In 2014, 2.7 million taxpayers were identity theft victims.

Information security is on the minds of taxpayers and tax preparers alike, and it will continue to be a top priority in the coming tax season.

Security is top-of-mind, and keeping all tax documents filed away on paper in a cabinet is actually less secure than keeping these documents in digital form.

Single sheets of paper, when multiplied by thousands, are overwhelming tax preparers. The IRS’s statute of limitations is three years, and in some cases longer, so many professionals’ filing cabinets are overrun by paper, and offices are overrun by cabinets.

And “paper” doesn’t equal “secure.” If a tax return is mailed, it’s difficult to be sure the recipient is, in fact, the person whose name is on the form. More than half of identity crimes occur offline, meaning electronic identity authentication is an important measure to assuring the security and privacy of tax documents.

E-signatures are the answer

Independent E-signatures™ allow tax returns to be sent digitally via email with complete security assurance. Here’s how it works:

Once logging into his email account, the signer uses knowledge-based authentication (KBA) to verify electronically that he is who he says he is. KBA uses information found in public databases to ask questions that wouldn’t easily be found online or even in your wallet.

In some cases, tax preparers may require you to use a one-time PIN code sent via a text message to further authenticate your identity.

With a signer’s identity vetted, the document is signed anywhere there’s an Internet connection using secure digital signature technology, which permanently embeds the legal evidence of a signature into the tax return so that it remains valid forever. And once signed, it’s transferred electronically using standards-based encryption so that the document’s information is highly guarded against a cyber attack.

If you’re interested in learning more about how e-signatures can make the upcoming tax season more convenient for you, download this free fact sheet.

W2s and receipts are coming in by the hundreds for accountants and tax professionals, and paperwork can pile up during t...

With tax season in full swing, we are excited to announce that we have launched TaxDoX™.  The new e-signature solution w...