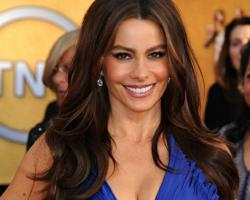 You might know her as one of the stars of the hit show Modern Family, but she’s more than just a pretty face. Sofia Vergara has been named the “Best Celebrity Saver” by Go Banking Rates.

Sofia’s net worth was approximately $19 million between May 2011 and May 2012, according to Forbes Magazine. She’s currently the highest paid TV actress. But she hasn’t made headlines for wasteful spending, foreclosure or bankruptcy like many other high-earning celebs. Go Banking Rates attributes Sofia’s success to intelligent money management and money saving skills.

"The Golden Globes bring together the most admired celebrities in television and film," says Go Banking Rates managing editor, Casey Bond. "I think it's important to take this opportunity and point out the positive examples many of the nominees set when it comes to managing money."

Here’s a guide for how to save money like Sofia Vergara.

Before we get into the substance of this blog entry, the next in our series on Minimizing Legal Risks with Digital Signa...

Top 5 Resources on the Legality of Electronic Signatures

Top 5 Resources on the Legality of Electronic Signatures

There’s a lot of information on the Internet about the legality of electronic signatures. In fact, there’s so much that ...

3 Cyber Security Lessons to Learn from 2015

3 Cyber Security Lessons to Learn from 2015