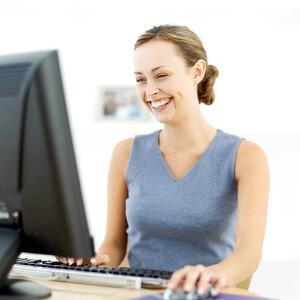 Two weeks ago, SIGNiX was pleased to have the opportunity to exhibit and participate at the Texas Credit Union League’s Leadership Expo in San Antonio, TX, following our partnership announcement with Credit Union Resources (Resources). This annual gathering brought executives and thought leaders from credit unions around Texas together to discuss a number of topics central to managing these member-based financial institutions.

We thoroughly enjoyed meeting with all of the folks that came by our booth, and also very much appreciated the great attendance at our conference presentation.  Having been scheduled for a talk on electronic signatures at eight o'clock in the morning on Saturday, you can understand that we were dubious about how many would show up.  We though most folks might just be turning in from a fun night on the Riverwalk. But these credit union attendees were dedicated, and we were very pleased to have such an engaged and lively discussion at that time in the morning!

Based on the conversations we had at the show, we had a few observations and thoughts to share regarding digital signatures and credit unions:

SIGNiX looks forward to continuing its great partnership with Resources, and to extending our secure, standards-based digital signatures with an even broader credit union population in the coming weeks and months.  We’ll be publishing a variety of content specifically tailored to the needs of these organizations, and we have a variety of great announcements to come.  Stay tuned!