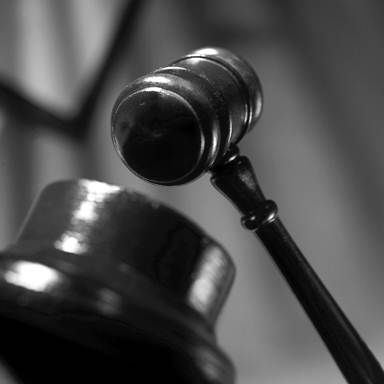 A few days ago, we brought you news regarding a case in front of the Utah Supreme Court regarding the constitutionality of banning electronic signatures from the initiative process in Utah: Utahns for Ethical Government v. Clerks for All Counties in the State of Utah.  The American Civil Liberties Union of Utah, along with a number of cooperating attorneys, had applied to file an Amicus Curiae (friend of the court) brief on the case in support of the notion that the ban was unconstitutional.

Late last week, the Court agreed to the filing.  The ACLU argues in the linked Amicus brief that Utah’s ban on electronic signatures is unconstitutional on two main counts.  The first point: the right of the citizens of Utah to initiatives is firmly ensconced in the state’s constitution, and that any limit on that right should be avoided as it disenfranchises and discriminates against thousands that are out-of-state, including active duty servicemen and women, students, and others.  According to the brief:

The second point: banning electronic signatures in this specific way violates the uniform operation of laws provision of the Utah constitution, as decided in a number of cases before this Court, including the landmark Anderson v. Bell (2010 UT 47, 234 P.3d 1147).  In this case, the Court decided that electronic signatures were allowable for political nominations.  In that case, the Utah Supreme Court had quite a few positive comments on the importance and use of electronic signatures:

The brief also points out that the duty of the County Clerk is merely to verify whether petition signatories are Utah residents, over 18, and registered voters.  If they meet these tests, they should be valid.

“The initiative power and the citizens’ right to legislate directly through the exercise of that power is a fundamental right guaranteed in the Utah Constitution. The legislature’s purpose to unduly burden or constrict that fundamental right by making it harder to place initiatives on the ballot is not a legitimate legislative purpose.”

SIGNiX agrees with the position of the ACLU of Utah and the citizens of Utah in this case.  Digital signatures like those used by our digital signature service provide substantially more evidence than comparable wet ink signatures, and moreover, allow you to sign and review documents wherever and whenever, freeing you from having to have the paper in front of you.

We’ll keep you up-to-date on this important digital signature case.

Since we posted about our security model yesterday, we thought we'd draw your attention to our Apples To Oranges - Digital Signatures vs. Electronic Signatures white...

It’s a rivalry as old as time. (Ok, that might be an exaggeration, but it’s definitely been going on since 2000.) Digital signatures vs. electronic signatures....